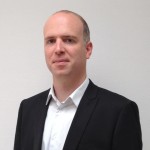 Dr. Nicolas GAUD received his PHD in Computer Science from the University of Technology of Belfort-Montébliard (UTBM) in 2007. In 2005, he received his engineering degree in computer science from the UTBM and a MSc in Computer Science, Automatic and Manufacturing Systems from the Univeristy of France-Comté (UFC). He is now Associate Professor at the UTBM and full researcher at the Systems and Transport Laboratory of the research institute on Transport, Energy, and Society (IRTES-SeT), he is also an external member of the GITIA. His main research interests deal with the modeling, analysis and simulation of complex systems using Agent-Oriented Software Engineering (AOSE), Holonic Multiagent Systems and Multiagent-based simulation. He is also involved in various industrial projects dealing with the simulation of virtual entities (pedestrian, transportation systems, etc) in virtual environments.

SARL is a general-purpose agent-oriented language. SARL aims at providing the fundamental abstractions for dealing with concurrency, distribution, interaction, decentralization, reactivity, autonomy and dynamic reconfiguration. These high-level features are now considered as the major requirements for an easy and practical implementation of modern complex software applications. We are convinced that the agent-oriented paradigm holds the keys to effectively meet this challenge. Considering the variety of existing approaches and meta-models in the field of agent-oriented engineering and more generally multi-agent systems, our approach remains as generic as possible and highly extensible to easily integrate new concepts and features. The language is platform- and architecture-independent. However, we provide a first set of tools to support its execution based on the new version 2.0 of the Janus Platform, but it can be linked with other existing agent platforms and frameworks.